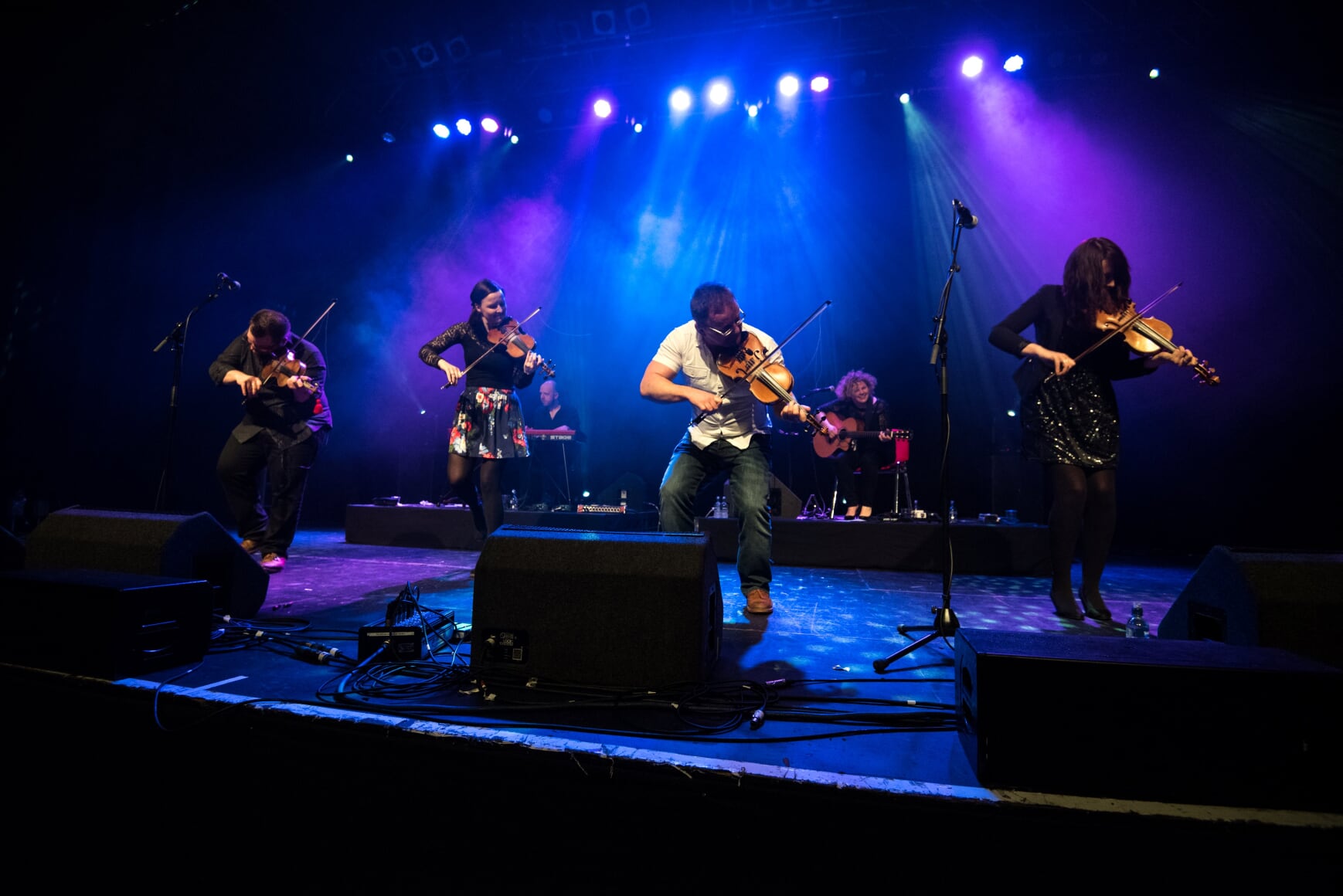 In 2014, Kristan was hugely honoured to join the ranks of one of Scotland’s longest running fiddle bands, Blazin’ Fiddles.

The band originally came together not as a band, but as a one-off project for the Highland Festival in 1998. It was an attempt to showcase the particular styles and voices of the Highlands and Islands’ fiddle. What started out as a few tunes played together has resulted in Blazin’ Fiddles becoming one of the most exciting and talked about folk bands in the country. Each member of the group draws the distinct flavour of music from their part of the Highlands and Islands. Blending solo and ensemble sets, interspersed with the occasional insightful tale, they come together in fiery combination to excite the senses.

From remote village halls to the BBC Proms at the Royal Albert Hall, fiddlers Jenna Reid, Bruce MacGregor, Rua Macmillan and Kristan, joined by Anna Massie on guitar/fiddle and Angus Lyon on piano, are still at the forefront of the Scottish folk scene now well into their second decade of making music together.

Kristan can regularly be found touring around the UK and Europe with Blazin’ Fiddles, and is also a tutor at the band’s annual week-long fiddle school every October, Blazin’ in Beauly.